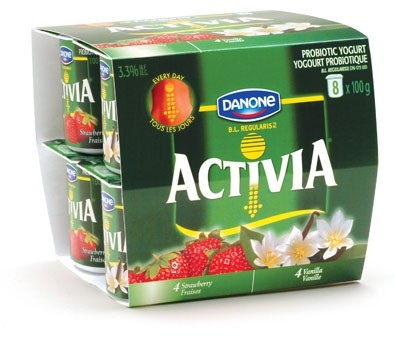 Moderate consumption of an instant coffee may boost the numbers of certain bacteria in the gut with reputed health benefits, says a study from the Nestle Research Center.

Weight management is a big issue at Danone as Shane Starling found out when he spoke to the French dairy group’s manager of sensory and consumer science, Alexandra Boelrijk, after a recent conference on the subject in Amsterdam. 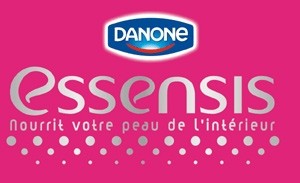 After little more than two years, Danone has pulled its beauty-from-the-inside spoonable yoghurt, Essensis, from French retail shelves, despite a re-launch in 2008.

Unilever is severing a multi-million euro arrangement with UK-based hoodia supplier, Phytopharm, after concluding the South African plant extract did not meet both safety and efficacy requirements.

Bioavailable lycopene can be produced by a simple chemical process
to tomato products, with stability maintained for over a year,
according to researchers from Nestlé and Indena.

Understanding the associations between body composition, metabolic
status, diet and lifestyle habits could be key to the struggle
against obesity, and gaining an advantage in formulation.

Modifying the population of bacteria in the gut may improve the regulation of glycemic control and reverse the insulin resistance that occurs with obesity, suggests a new study from the Nestlé Research Center.

Unilever has withdrawn its soy juice - AdeZ - in the UK, after
little more than 18 months on market after consumers failed to
connect with its health messaging.

Nestlé has said it will invest €25m in the production of a new line
of baby food - a move which will help the food giant corner the
lucrative infant nutrition market.

A phase 2 clinical trial into the potential for using Phospha E in
foods to address metabolic syndrome is on schedule for completion
this summer, paving the way to commercialisation of the ingredient
in functional foods.

Strains of probiotic bacteria can affect metabolism, says a new
study from Nestle and Imperial College London that could help the
development of new probiotic products tailored for individuals.

Nestle has agreed to sell parts of Novartis Medical Nutrition to
Fresenius for an undisclosed sum, just months after buying the
company for some €1.7bn

Nestle teams up with genomics super-league

Nestlé Research Center has joined a team of top companies and
science institutes which will let it take advantage of new
discoveries made in the field of genomics.

Functional ingredient innovator Provexis has secured a new 12-month
deal with Unilever to investigate the use of its Fruitflow
technology in the multinational's spreads brands.

Danone sales up, despite weather issues

Danone's sales for the first nine months of the year have been up
year-on-year - despite beverage sales down by more than 11 per
cent.

The future of research into the potential health benefits of cocoa
should focus on the mechanisms and active compounds, with well
defined clinical trials key to this burgeoning segment, says a new
review by Nestlé.

Nestlé and Phosphagenics have extended the deadline for concluding
their agreement for the use of Phospha E in foods while the Swiss
firm incorporates Novartis Medical Nutrition into its portfolio.

Nestlé today confirmed the successful take-over of Novartis Medical
Nutrition in a deal worth US$2.5bn - and one which will catapult
the Swiss firm into the top end of the medical foods market.

The European Commission has extended the deadline for its decision
on Nestle's proposed buy of Novartis' medical nutrition unit for
US$2.5bn to allow time for responses on proposed remedies to
competition issues.

Nestle is eyeing organic growth in health, wellness and nutrition
of five to six per cent over the next ten years, the chief
financial officer was due to told investors at a seminar today.

France's Danone and Japan's Yakult will continue their strategic
alliance involving closer cooperation on R&D and entry into new
markets, maintaining their positions as leaders in the probiotics
market.

Nestle has reported strong overall organic growth in its first
quarter, said to be fuelled by the move towards nutrition, health
and wellness and a strong basis on which to reiterate its full year
targets.

Nestle Nutrition has signed an agreement with BLIS Technologies to
investigate the use of probiotics to combat upper respiratory tract
infections in infants, for which there is said to be no effective
prevention at present.

Phytopharm and Unilever are expecting progress in their efforts to
develop products using the active extract of Hoodia gordonii in
2007, and report they are satisfied with efforts to address the
problem of ineffective weight-loss...

Danone is planning to introduce a new line of cosmetic yoghurts
next year, according to press reports, as it seeks the next level
of differentiation in the increasingly competitive functional dairy
market.

French dairy giant, Danone, has launched an action against Glanbia,
Yoplait International and Yoplait Marque Internationales in the
Dublin High Court, after alleged infringments on trademark after
the launch of the Yoplait Essence...

France's Danone has announced a three-year licence with US-based
Integrated Genomics for access to the ERGO database and genomic
discovery system to enhance the group's probiotic understanding and
R&D.

Unilever's Pro-Activ to be reimbursed by French insurer

Unilever said yesterday that it had signed a deal with Maaf
Assurances that will see the French insurer reimbursing
policyholders for consumption of its cholesterol-lowering Pro-Activ
range.

Danone not bidding for Numico, report

French yoghurt and biscuit maker Danone said today that it is not
looking to acquire the Dutch infant nutrition firm Numico, after
rumours that Danone was making a bid pushed up the Dutch group's
shares.

Danone and Yakult have chosen India as the next market to target
with their probiotic products, setting up a joint venture in the
country.

Food-to-detergents group Unilever is selling its Dextro Energy unit
to Germany's Zertus Group, the companies said on Wednesday, without
disclosing the price.

Unilever yesterday turned its nose up at any talk of a decline in
the low-carb market and introduced 23 lines - the biggest launch in
the company's history - into Australian supermarkets, according to
an article in The Australian.

French firm Danone, one of the world's top ten food and drink
companies, has launched a novel dairy concept on the Belgian market
this month.

Unilever is to launch a range of energy-boosting products across
Europe, based on one of its most traditional brands, according to a
report in German newspaper the Lebensmittelzeitung.

Danone and Yakult to close ranks in probiotics

Japanese probiotics pioneer Yakult and French yoghurts and biscuits
maker Danone said today they will set up a new alliance to push
growth of their functional foods businesses and cement their
leading positions in the probiotics market.

Leading French dairy firm Danone has been ordered to drop
misleading health claims from advertisements in the UK for one of
its yoghurt brands.

Unilever Bestfoods is investing in new technology for healthier
margarine at a production site in Scandinavia.

French yoghurt manufacturer Danone has announced that it has raised
its stake in probiotics maker Yakult to 19 per cent, citing strong
performance of the Japanese company as the reason for its long-term
investment.

Struggling Dutch nutritional supplement company Numico is rumoured
to be the target of a bid by dairy products giant Danone, although
the French company has denied having any interest in the Dutch
firm.