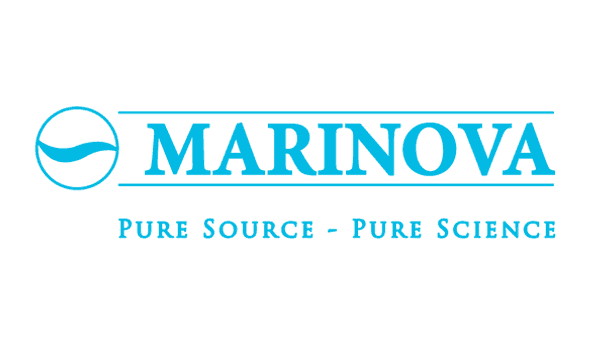 Over 80% of the world’s oceans remain unexplored. Sitting beneath their depths lies a potential treasure trove of compounds that may prove beneficial to human health. It’s no wonder that innovative marine ingredients continue to ride a significant wave of global interest.

An excellent example is fucoidan, pronounced ‘few-coy-den’. Fucoidans are polysaccharides found naturally in the cell walls of brown seaweeds. These bioactive marine ingredients are increasingly being utilized in dietary supplements, medical devices, animal health products, skincare applications and also to progress a range of innovative pharmaceutical research projects. But why haven’t you heard of them, what are the potential health benefits, why should formulators take notice, and can they be sustainably sourced?

An historical perspective​
Fucoidan-containing seaweeds have been used for centuries to address a variety of ailments. Consult the history books and you will find references in South American and European cultures to treatments for everything from gout and rashes to intestinal disorders and liver problems. Fucoidans however are most widely known in Asian countries, where the consumption of fucoidan-rich seaweeds has been commonplace for hundreds of years. Links between fucoidan consumption and longevity in Japanese and Korean populations has now spawned significant interest in the west.

Fucoidan was formally isolated and described in the early 19th​ century by the Swedish chemist Harald Kylin. By the 1950s, researchers had developed methods of extraction on laboratory scale and by the 1970s fucoidan compounds became commercially available, thus expanding the opportunities for global research.

More than 2300 peer-reviewed papers have now been published attesting to the bioactive properties of fucoidans. This rapidly expanding dossier of scientific evidence has accelerated the inclusion of fucoidans in some of the world’s leading healthcare brands. The recent granting of global regulatory approvals, including FDA-notified GRAS and EU novel foods approval, has also attributed to rising demand for these novel marine ingredients.

Research indicates that the bioactivity of fucoidans is largely dependent upon two key factors. The first of these is the method of extraction and the second is the seaweed species from which the fucoidan has been derived.

Manufacturers of fucoidan have traditionally utilised solvents to precipitate the fucoidan polymer from crude seaweed extracts. Fucoidans manufactured in this way tend to suffer from a number of shortfalls; their quality can be inconsistent, their chemical integrity may be compromised and – most importantly – their bioactivity can be affected.

To avoid these problems, revolutionary aqueous extraction technology has been developed by Australian biotechnology company Marinova Pty Ltd. This proprietary extraction technology yields natural extracts of superior quality and enhanced bioactivity. The process is free from organic solvents and produces fucoidan extracts that remain unadulterated in chemical structure and free from solvent residues. The mild, aqueous process also ensures the resulting extracts comply with the most rigorous quality standards and regulatory requirements.

The majority of scientific research to date, including numerous clinical studies, has been undertaken utilising fucoidan extracts from two species of brown seaweed, Undaria pinnatifida, ​commonly known as wakame, and Fucus vesiculosus​, commonly known as bladderwrack. Active global research programs focussed on fucoidans from these two species continue to grow.

Growing scientific interest​
Fucoidans have been the focus of intense research over the past decade. More than 60% of all peer-reviewed papers exploring the potential bioactive properties of fucoidans have been published during this period. Human health indications of particular interest in the current climate include gut and digestive health, immune support and healthy aging.

Gut & digestive health​
Published research has reported that fucoidan extracts may offer a range of potential gastrointestinal benefits. These reports have included the potential for amelioration of debilitating conditions such as colitis and gastric ulcers,1​ the maintenance  of natural gut flora balance,2​ the protection of gut flora from antibiotics,3 ​the reduction in growth of yeasts and fungus,4​ the inhibition of viruses and bacteria,5,6,7​ and support of liver function.8, 9​

High purity fucoidan extracts from both Undaria pinnatifida​ and Fucus vesiculosus​ have been shown in vitro​ to inhibit the adhesion of the pathogenic bacteria Helicobacter pylori​,1 ​ the primary cause of chronic stomach inflammation, peptic ulcers and gastric inflammation. They have also been shown to inhibit the adhesion of Escherichia coli​ bacteria to human epithelial cells.3​ Pathogenic strains of E.coli​ can cause intestinal infection, diarrhoea, abdominal pain and fever.

Immune support​
Extensive research has been undertaken on the immune-modulatory properties of fucoidans. These studies have included reports on the potential of fucoidan extracts to support the immune response and activate Natural Killer cells and cytotoxic T cells,10​ mobilise stem cells and dampen allergic responses.11,12​ Some high purity fucoidan extracts have also been shown to support mucosal immune function, which is linked to the healthy function of the gut.13​

In a clinical setting, ingestion of a fucoidan extract from Undaria pinnatifida​ has been shown to help boost the immune response to seasonal influenza vaccinations.10​ The ingestion of one of Marinova's fucoidan extracts was also shown to increase the anti-pathogenic activity of granulocytes and macrophages in healthy people.

Healthy aging​
An increasing number of studies are investigating fucoidans and aging related processes. Fucoidans have been studied for their immune health, inflammation responses and gut health and even neuroprotective effects.14​ In addition to their inclusion in ingestible formulations, there are speciality high purity fucoidan extracts available for topical application in the skincare and dermatology categories.15​

High purity fucoidans have been studied in a range of potential skincare applications. Both clinical and in vitro​ studies have investigated two fucoidan extracts produced by Marinova and assessed their efficacy as topical cosmetic ingredients.15 ​These investigations have included double-blind, placebo-controlled clinical studies to measure soothing and protecting properties, wrinkle depth, brightness and skin spot intensity. Recent in vitro​ research has explored the potential of high purity fucoidans to assist in the balancing of skin microbiome, with results suggesting potential for use in topical treatments for common inflammatory skin conditions such as eczema and acne.16​

Formulation versatility​
High purity, certified organic fucoidans are ideal for new product innovators seeking novel ingredients with a clear point of differentiation. Premium fucoidan extracts are versatile and stable across a variety of delivery formats. They are supplied as a dry powder, have a long shelf life and are easy to formulate. For these reasons they are becoming increasingly popular inclusions in bulk supplement powders, capsules, pressed tablets, creams, gels, serums and in medical devices. Fucoidans can be utilized as stand-alone ingredients or easily incorporated with other ingredients. They are also water soluble and have mild flavour profiles, allowing for ready incorporation into gels and functional beverages.

Sustainability​
The world’s leading fucoidan manufacturers are committed to the ethical and sustainable harvesting of seaweeds. Extensive research has confirmed that well managed, wild seaweeds are a rapidly renewable marine resource and as such, industry leaders source wild macro algae from the cleanest of ocean waters. It is important to note that fucoidan quality is influenced by seaweed quality – hence the sourcing of high quality seaweeds is paramount and must occur in parts of the world well away from industrial, agricultural or human contamination. Industry best practice includes the hand-harvesting of seaweeds on an environmentally sustainable basis.

The world’s most innovative fucoidan manufacturers utilise unique ‘green chemistry’ technology, avoiding the use of solvents and other environmentally harmful chemicals. These manufacturers have also succeeded in diverting their seaweed residues away from unproductive landfill and into new, value-added products. The capture of both liquid and solid by-products from the fucoidan extraction process is a hallmark of leading fucoidan manufacturers who are committed to sustainable production. These suppliers can also be found operating on the cusp of genuine carbon-neutral advanced manufacturing.