Swedish biotech firm BioGaia has signed a 10-year contract with a
South Korean dairy company for the rights to its probiotic
Reuteri bacteria.

Combining prebiotic and probiotic ingredients, commonly known as a
synbiotic, has different effects from those of the individual
supplements and does not simply result in additive or synergistic
effects, report German researchers...

Dutch ingredients producer Sensus has significantly expanded its
presence in the South American market through new agreements with
distributors in Argentina and Chile.

Long-term use of a probiotic helped patients recover from a
post-surgical complication in tests carried out in Europe, report
researchers.

Biopharmaceutical company SCOLR is to sell its probiotics
development and manufacturing business for around $2.72 million to
a firm formed by its current manager of the probiotics unit, Steven
Moger.

In response to an increasing worldwide demand for pectin, Danish
ingredients company Danisco is to expand its Czech production
capacity by 40 per cent to accommodate an expected growth rate of
5-6 per cent on the world market.

The rye grain, and rye bran in particular, is rich in dietary fibre
and also contains a significant fructan concentration, which may
have important prebiotic properties, suggests a new publication.

Experts meeting at a symposium on probiotics this autumn said that
further scientific support is needed to explore the strong
potential for health benefits of these bacteria.

Danish ingredients company Chr. Hansen has teamed up with dairy
manufacturers to develop a new yoghurt culture - Yo-Flex - designed
to be used in products with less fat and fewer additives.

Products that promote benefits for gut health are driving sales of
functional foods in Europe, shows a new report, outpacing those
foods targeting consumers at risk of heart or bone diseases.

Belgian prebiotics supplier Orafti looks set to expand its share of
the market as it continues to increase its Beneo branding
programme.

The potential for prebiotics

Regular consumption of the sugar replacer Isomalt appears to have a
prebiotic effect on gut bacteria, according to preliminary findings
of a study being carried out in Germany.

Leading Swedish dairy firm Skanemejerier has gained the rights to
use BioGaia's probiotic Reuteri bacteria in milk products for
launch on the Scandinavian market at the end of next year.

Lifeway continues on path to growth

Lifeway Foods, the Illinois-based producer of kefir and other
probiotic foods, has continued to lift sales and profits in the
third quarter of the year, helped by the launch of a new product
and effective marketing.

Swedish probiotics firm BioGaia has taken over the marketing of its
Reuteri bacteria to the international dairy industry, formerly
managed by Denmark's Chr. Hansen, allowing it to boost revenue from
new dairy customers. It has...

Sales have continued to slide at German chemicals firm Degussa
during 2003 and lower volumes continue to drag down food
ingredients business. A one-off charge to restructure the fine
chemcials unit impacts profits.

An overview of the Korean market for nutraceuticals suggests that
it is growing by 20-30 per cent annually, representing a
significant opportunity for foreign companies.

A probiotic cheese and products with high CLA levels are among the
foods being developed at a new €16 million functional food research
centre, recently opened in Ireland. One of its goals is to boost
the competitive advantage of Irish...

Limited consumer awareness threatens to restrain the development of
probiotics markets, finds a new Frost & Sullivan report, yet
sales of the healthy ingredient are still set to almost triple in
value over the next six years.

Food makers could one day face demand for fructose-free products as
preliminary findings link the sugar found in fruits to a role in
gastrointestinal disorders.

Scientists have identified significant antibacterial and
antioxidant activity in two plant extracts, used traditionally in
Ghana to heal wounds, they reported at a conference last week.

Scientists speed up B12 analysis

A faster way to measure quantities of vitamin B12, both in foods
and in dietary supplements, has been developed by scientists in the
US. The discovery will improve data for commercial vitamin
supplements.

Tomato extract to quicken the blood

UK firm Provexis looks set to release a novel heart-healthy drink
next year after recent human trials on its tomato-based product
proved successful. CardioFlow is a concentrated tomato extract but
it contains no lycopene.

Pioneering Belgian ingredients supplier Orafti Active Food
Ingredients is the first, and only, producer of inulin and
oligofructose to get the GMP stamp of approval from the American
Institute of Baking.

Balchem Encapsulates and Institut Rosell announced a breakthrough
in the encapsulation of probiotics.

Danisco confident about future of Salatrim despite bad press

The Danish Consumer Council has given a damning indictment of
Danisco's fat replacement product Salatrim, prompting the
ingredients group to issue a statement reiterating its confidence
in the product.

Seaweed species have been found to defend themselves from specific
pathogens with naturally occurring antibiotics, which could present
oppportunities for future nutraceuticals, report US researchers.

Danish probiotics maker Chr. Hansen reported flat sales in its food
ingredients division for the first six months of the year although
there was good growth in cultures.

Danish ingredients company Danisco announced this week that it is
use new production facilities in Denmark to produce Natamax - a
natural, biological preservative.

The Food Standards Authority of Australia and New Zealand confirms
that milk is safe and nutritious, despite arguments suggesting that
some types of milk can lead to diseases such as autism and
diabetes.

Flat sales at Chr. Hansen's food ingredients unit in the first
quarter, as a slight rise in sales in Europe, South America and
Asia/Pacific failed to account for the 6 per cent drop in North
America.

Scientists at the University of Southampton in the UK have received
funding to study whether genes can influence the benefits gained by
some people from dietary antioxidants. The team is hoping to find
out why some people benefit...

US health company Shaklee has introduced ProSante, a hair care line
with added vitamins and nutrients to revitalise hair.

Danisco has launched the first of two new probiotic bacteria
cultures - called HOWARU - which it claims can help boost the human
immune system. The culture is the first product to be launched
following the Danish group's acquisition...

Danish food and ingredients group Danisco has launched a new enzyme
product derived from seaweed which it claims will help it extend
its position as the world's leading producer of functional food
ingredients.

Danish ingredients company Danisco launched on Tuesday an internet
platform to help its customers across the world. 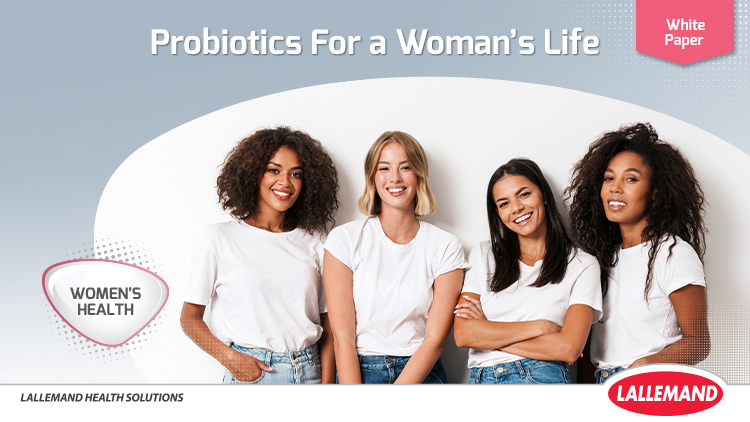 From Puberty to Menopause, Discover Our Probiotic Solutions for Women’s Health

As women age, their bodies and health needs also change.

Colic is one of the most frequent reasons for visits to the pediatrician and can often lead to parental and infant exhaustion. As a functional gastrointestinal... 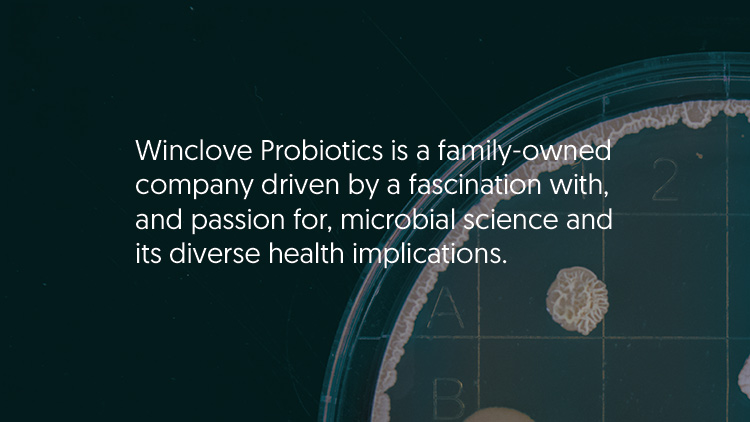 From the very founding of Winclove Probiotics, our aim to help people, society, and the world has been an essential part of our business DNA.