A polyphenol-rich pomegranate extract may reduce inflammation, and positively effect chronic disease risk, according to results of a new cell study from the US.

A combination of capsaicin and green tea could promote the feeling of fullness and sustain satiety, indicating it could be successful for weight management, says a new study.

UK billboard adverts proclaiming pomegranate juice could ‘cheat death’ have been deemed misleading and must not appear again, according to the voluntary advertising body there.

A Traditional Chinese Medicine (TCM) marketing itself as a botanical form of the male erectile dysfunction drug, Viagra, has been seized by UK authorities after it was found to contain pharmaceuticals at banned doses.

Dr Gareth Morgan, a partner in the London office of European law firm Taylor Wessing, says a recent European Court of Justice verdict may have a liberating effect on the European food supplements market. 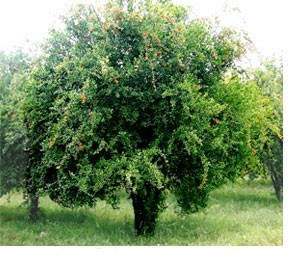 The promise of Afghan pomegranates

A scheme that aims to replace poppy plantations with pomegranate orchards in war-ravaged Afghanistan is winning support with up-market UK retailer Waitrose throwing its weight behind the project.

High intakes of soy during childhood may reduce a woman’s risk of breast cancer later in life by 58 per cent, according to a new study.

The UK Food Standards Agency (FSA) has issued a product recall for two brands of anti-inflammatory turmeric food supplements found to be contaminated with the prohibited drug, nimesulide.

The Food Standards Agency (FSA) has warned the UK public to avoid a brand of turmeric food supplements containing a drug called nimesulide after it was linked to two deaths and several liver damage cases in Scandinavia.

Stressing plants to induce their natural defences could lead to a new range of functional foods enriched with a plant's natural defensive compounds, phytoalexins.

The European Botanical Forum (EBF) has welcomed the European Court of Justice’s (ECJ) judgement against Spain for not applying the principle of mutual recognition in its policy on botanical food supplements.

Consuming green tea may offer protection against gum disease, a condition that may affect over 30 per cent of the population, suggests a new study from Japan.

Stakeholders in the botanicals industry have again highlighted their concerns regarding the European Food Safety Authority’s (EFSA) approach to health claims regulation in a meeting with the authority last week.

A naturally occurring compound in broccoli and other cruciferous vegetables may help protect against asthma and other conditions due to respiratory inflammation, says a new study.

Cognis says the sale of its botanical extracts division to Burgundy Botanical Extracts Iberia will increase the company’s competitiveness and increase efficiencies.

UK start-up Evgen Limited has joined with a noted Danish vegetable researcher to bring broccoli extracts to market that have demonstrated anti-cancer potential.

Extracts from blueberries may reduce the size of tumours primarily found in infants and children, and improve survival, suggest new findings from a study with mice.

Canadian scientists have found that the antioxidant power of garlic is related to the organic compound allicin, research that deepens our understanding of the potential benefits of this food and supplements favourite.

No “credible evidence” exists in the literature to support the potential of garlic to reduce the risk of cancer, according to a new review from Korea.

A workshop hosted by the European Botanical Forum has highlighted European Union mutual recognition principles that are due to become law in May, 2009, as a way to benefit the herbal sector.

Adding nutrients such as some herbal extracts, omega-3s, probiotics, glucosamine and more to the Food Supplements Directive (FSD) is impractical and unworkable, the European Commission has stated.

A UK medicines regulator committee has agreed proposals to encourage 100s of herbal products in the UK to be registered under the European Union Traditional Herbal Medicinal Products Directive (THMPD).

France has taken a step to liberalise its highly restrictive herbal regulations by issuing two national decrees that should allow for greater access to botanical supplements.

Hundreds of botanical products face removal from the UK market if
their manufacturers do not submit applications to have them
registered under the European Union Traditional Herbal Medicinal
Products Directive (THMPD) directive.

The Belgian government has drafted a law that threatens to
reclassify as medicines up to 150 botanicals commonly used as food
supplements.