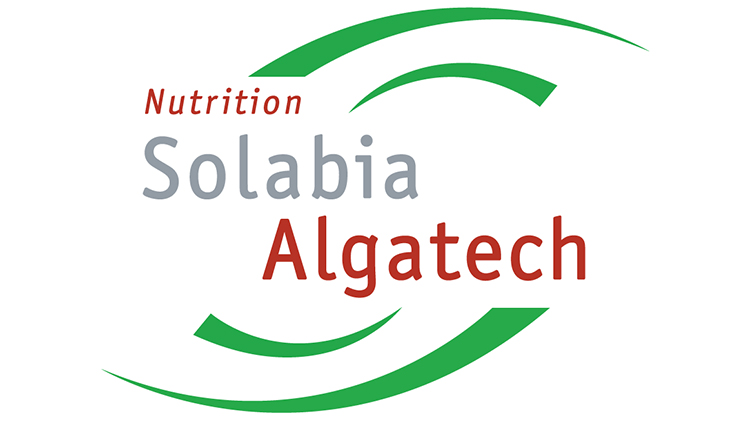 The enormous and complex community of bacteria that populate our gastrointestinal tract, termed the gut microbiota , are well known to play a key role in maintaining host health and metabolic balance. Recent findings have revealed roles for the gut microbiota in the modulation of host immunity and the development and progression of certain diseases.

The gut microbiota are diverse and consist of many different bacteria species — according to the National Institutes of Health’s Human Microbiome Project, up to 10,000 different species totaling trillions of cells, evencells even more the number of human cellscell. This microbiota includes beneficial strains, such as Bifidobacterium​ and Lactobacillus​; neutral strains; as well as some potentially harmful bacteria, such as Clostridia ​[‎​1‎,​2]

The gut bacteria are important habitants in our body. They contribute multiple health benefits to their host, including — but not limited to — improved digestion, vitamin production, detoxification of harmful elements, protection against pathogens, and regulation of the immune system [‎3]. Other benefits include: contributing to heart health, helping to mitigate symptoms of allergies and asthma, mood improvement, and balancing blood sugar levels.

Diversity is the key for healthy gut microbiota​

The key to establishing and managing a healthy gut microbiota, and thus realizing its beneficial health effects, lies in maintaining a balance between the beneficial and pathogenic microorganisms. Diet plays a crucial role in this, not only by providing overall nutritional support to keep the body in smooth running order, but by supplying specific nutrients that directly support the microbiota.

The supplementation of prebiotics, important gut health ingredients, is essential for optimal gut microbiota function. The positive effects of prebiotics on microbial growth and activity have been well studied, in particular regarding their ability to feed and sustain beneficial microbial colonies while helping to suppress harmful ones. The primary action of this bacterial fermentation of prebiotics in the lower intestine is the production of short-chain fatty acids (SCFAs).

Dialogue between the gut and the immune system​

The digestive system has been called the primary immune defense system as it is the major channel between the external environment and the internal systems of our body. The immune system and the gut microbiota have a symbiotic relationship, cooperating to support and regulate each other. The importance of this interaction is clearly highlighted by the fact that 70–80% of the body’s immune cells are found in the gut.
The human gut microbiota is established in newborns and is maintained throughout life. As we grow, the microbiota shapes the development of our immune system, and the immune system shapes the composition of the microbiota. A healthy digestive tract plays a crucial role in defending the body from the external environment and a constant onslaught of pathogens. Here’s how:

The role of gut microbiota​

Beneficial bacteria in the gut, such as Bifidobacterium​ and Lactobacillus​, play a significant role in regulating our immune system, inhibiting the growth of pathogens by competing for resources, supporting the development of immune cells, fighting against inflammation, protecting the gut barrier, producing metabolic products, and contributing to the fine-tuning of immune responses [‎4].

The intestinal epithelial layer is a first line of defense against exogenous invasion, and the primary interface between intestinal bacteria and our body. The structure and permeability of the epithelial layer is known to be modulated by a variety of physiological and environmental factors [‎5].
The physical barrier contains the outer mucosal lining and is where most gut bacteria reside. The mucosal layer prevents the penetration of potentially harmful pathogens into the intestinal wall, while allowing the absorption of essential nutrients and immune molecules.
The biological barrier includes antimicrobial peptides, such as beta-defensin-2​ immune mediators, and small signalling proteins, such as cytokines and chemokines, which recruit and regulate the differentiation and activation of immune cells [‎7].

SCFAs: The link between gut microbiota and the immune system​

SCFAs produced by bacterial fermentation in the gut serve as a link between the microbiota and the immune system. SCFAs are an important energy source for the gut’s epithelial cells and are essential for regulating the cellular functioning and turnover of the intestinal barrier. Many microbial metabolites cross the epithelial barrier into the bloodstream to other body tissues, where they influence the development, maturation, and function of immune cells, including neutrophil macrophages and T-lymphocytes (immune cells that kill pathogens) in different organs [‎8].

Defensins are antimicrobial peptides, expressed by epithelial cells in the gut. They are essential components of the intestinal lumen in innate immunity and play a crucial role in defending the intestine (and thus the rest of the body) from pathogens. Beta-defensin-2 kills pathogenic bacteria in the gut by damaging their protective cell membrane. In addition to its direct effect on the pathogenic bacteria, beta-defensin-2 was shown to induce production of mucin​ molecules, which are an essential part of the mucosal lining of the gut and serve as part of the intestinal barrier [‎9].

To evaluate the effect of the gut microbiome on the response of the immune system to respiratory pathogens, the animals in the studies were treated with microbiome-impairing antibiotics prior to infection with respiratory influenza viruses, altering the composition of gut bacteria. Results showed that the animals’ modified microbiomes negatively impacted multiple aspects of innate and adaptive immunity, including impaired immune responses and substantially delayed viral clearance.

In another of these studies, antibiotic-treated mice exhibited severe damage to lung tissue, with increased mortality, following infection with the influenza virus. Macrophages isolated from these mice had defective immune cell responses and impaired ability to curtail viral replication [‎13]. A further study showed decreases in antibody production, phagocytic activity, and inflammatory cytokine production following impairment of the microbiome [‎14].

Meanwhile, a study on the effect of dietary fiber and its fermentation products (especially SCFAs) on influenza-infected mice found that fermentable dietary fiber increased survival by several mechanisms. The SCFA fermentation products were shown to increase macrophage precursors in the bone marrow, alleviate neutrophil-mediated tissue damage, and enhance the functionality of cytotoxic-D8+ T-cells by altering their metabolism [‎15].

Bioecolians, an alpha-gluco-oligosaccharide, is an effective unique prebiotic ingredient active at low doses, providing proven health benefits with only 2g/day. Bioecolians resists hydrolysis in the stomach and absorption in the small intestine. It reaches the colon intact, where it’s fermented by colonic beneficial bacteria, promoting their growth. [‎16]. Bioecolians enhances the production of SCFAs and anti-bacterial peptide beta-defensin-2. Its unique molecular structure makes it heat- and acid-stable, non-viscous, and water-soluble. Bioecolians’ beneficial effect on the gut was demonstrated in a double-blind, placebo-controlled study conducted on 50 subjects diagnosed with irritable bowel syndrome and constipation.

As opposed to other prebiotics that can cause abdominal discomfort, Bioecolians was found to actually reduce abdominal discomfort.​ Subjects who consumed Bioecolians for 28 days exhibited improved gut function, with increased frequency of bowel movements, improved stool consistency, and reduced pain and discomfort as compared to both baseline and the control group. Also, the levels of beta-defensin-2 in the stool following consumption of Bioecolians was higher compared to both baseline and the placebo group. BioEcolians is the only prebiotic reported to stimulate production of beta-defensin-2.

Bioecolians has a rapid effect. Improvements in clinical signs were noted after only seven days of consumption, and continued through the study. Moreover, Bioecolians has demonstrated positive effects on weight management: In a 14-week animal study, two groups of rats were fed a very high-lipid diet, one group with and the second group without the addition of Bioecolians. Supplementation with Bioecolians led to lower body and abdominal fat weight, and 24% less food intake.