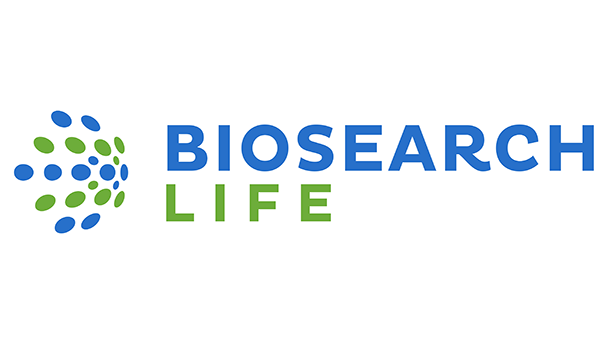 Polycystic ovary syndrome (PCOS) is a complex and heterogeneous disease that involves menstrual dysfunction and reproductive difficulty, as well as metabolic problems. Diagnosis is based on the occurrence of at least two of these three symptoms: clinical hyperandrogenism and/or biochemistry, oligovulation or anovulation and polycystic ovaries in ultrasound.1​ PCOS is one of the most frequent endocrine pathologies encountered in women of reproductive age and it is the principal cause of sterility and anovulation. The excess of androgens in the blood is also responsible for hirsutism (hair in androgen dependent areas such as the face), acne and alopecia. Apart from this, there is an intimate relationship between PCOS and the metabolic syndrome (obesity, hypertension, dyslipemia and glucose metabolism alterations), which makes it a serious threat to public health.

According to the latest published studies, the prevalence of the syndrome is between 5 and 10% ascending to 15% when Rotterdam criteria is used. However, prevalence differs according to race: 4.8% in Caucasian women, 8.0% in African-American women and 12.8% in Hispanic women (Mexican-Americans).2​

In women with fertility problems the incidence is greater than 25% and constitutes the most frequent cause of sterility in women of reproductive age.

The aetiology of PCOS is complex and seems to be influenced by multiple genetic and environmental factors. Among the genetic causes, mutations in genes involved in the synthesis, transport and regulation of androgens have been pointed out.3​ Other genes that may be involved in this syndrome are those regulating gonadotropin signalling, phosphatidylinositol-3- kinase (PI3-kinase) activation, glucose transporter 4 (GLUT4) expression and DNA repair pathways. Increasing evidence supports a relevant role of insulin resistance.4​ High levels of insulin in blood promote the increased synthesis and secretion of androgens by theca cells in the ovaries through the insulin receptors and insulin growth factor-1. Also of note is that insulin decreases hepatic synthesis of sexual hormone-binding globuline (SHBG), which in turn increases the free fraction and the biological activity of androgens and oestrogens.

Menstrual alteration in PCOS is characterized by oligomenorrhea patterns or secondary amenorrhea due to the absence of ovulation. In 70% of patients oligomenorrhea patterns with bleeding at intervals of more than 45 days or fewer that nine annual menstruation periods, alternated with intervals of secondary amenorrhea (absence of menstruation for, at least, 3 consecutive months). This absence of ovulation or dysovulation implies an alteration in fertility present in 30 to 70% of the patients, which entails a longer period of time to achieve pregnancy. Another factor contributing to fertility problems in women suffering from PCOS is a higher concentration of oxidative stress markers in the follicular fluid, probably related to the hyperinsulinemia. The increase in the production of reactive oxygen species by peripheral blood leukocytes would have an impact on several pathways in the ovary, including oocyte maturation, ovarian steroidogenesis, corpus luteum functions and embryo development.5,6​

Treatment in these women with fertility problems is focused on inducing ovulation. The objective is to increase levels of endogenous FSH that stimulate follicular development. This can be done in one of two ways: by increasing endogenous production with the use of anti-oestrogen drugs or aromatase inhibitors, or through exogenous administration of the hormone.

Clomiphene citrate is the first choice for pharmacological treatment, re-establishing ovulation in 70 to 85% of cycles and with a pregnancy rate of 30 to 40%. If ovulation is not achieved after stimulation with clomiphene citrate, ovulation should be induced with gonadotropins or alternative techniques, such as ovarian drilling or assisted reproduction techniques.

Inositols are organic compounds from the vitamin B family, specifically B8. They are polyalcohols present in cell membranes. There are nine isomers, of which the most frequent are myo-inositol (MI) and D-chiro-inositol (DCI). Inositols are present in cells both in free form and as components of membrane phosphoinositides and take part in a great variety of functions, including cell growth and survival, development and function of peripheral nerves, osteogenesis and reproduction.7​ Inositols act as post-receptor mediators or second messengers for insulin action in cells. They activate the enzymes that control glucose metabolism, increasing sensitivity to insulin.

Biosynthesis of MI occurs endogenously from glucose-6-phosphate, primarily in the kidney, with a rate approaching 4 g/day. Around 7 to 9% is converted to DCI by an insulin dependent epimerase.8​

Both inositols, MI and DCI, are capable of exerting an insulin-sensitizing effect leading to a reduction in insulin levels in the blood. However, at ovary level, the role of MI seems to be related to oocyte quality and DCI has been observed to reduce oxidative stress markers in follicular fluid.9,10 ​

In women suffering from PCOS, the insulin resistance affects the epimerase reducing the conversion of MI to DCI. These women show a deficiency in DCI level and an excess of MI. However, in the ovary, since it never becomes insulin resistant, the higher level of insulin provokes an excess of MI to DCI conversion leading to a deficiency of MI in this organ. Therefore, in PCOS a severe dysregulation of inositol metabolism occurs, which is the rationale for the use of inositols in PCOS treatment.

Inositols for treatment of fertility problems in women affected by PCOS​

The success of the combination seems to be founded in complementary roles in the ovary. The dosage of MI and DCI commonly used in these studies is 1,100 mg of MI and 27.6 mg of DCI corresponding to a MI: DCI ratio of 40:1. However, experts have suggested that the dosage of administration of each inositol should be one that is able to re-establish an adequate tissue content of the inositols derivatives to exert their physiological effects improving the functional deficiencies associated with the PCOS .11​

Since women suffering from PCOS show a clear deficiency of DCI and the ratio of MI conversion in healthy women is about 7 to 9%, it seems reasonable that more than 27.6 mg of DCI would be needed to compensate for the DCI deficiency. In fact, a recent study performed on women with polycystic ovary syndrome undergoing ICSI, showed higher efficiency with the combination at a 3.6:1 ratio where the dosage of DCI was increased to reach 300 mg/day. Results of this new study, presented at the latest congress of the European Society of Human Reproduction and Embryology , showed a striking increase in the pregnancy rate of 65.5% after treatment with 1,100 mg MIO+300mg DCI in contrast to 25.9% in women receiving 1,100 mg MIO+27.6 mg DCI.12​

Based on these results, Biosearch Life has recently submitted an international patent application and has launched a new product with a combination of MIO and DCI at the 3.6:1 ratio. The objective of this new product is to improve the success of fertility treatments in women affected by PCOS.