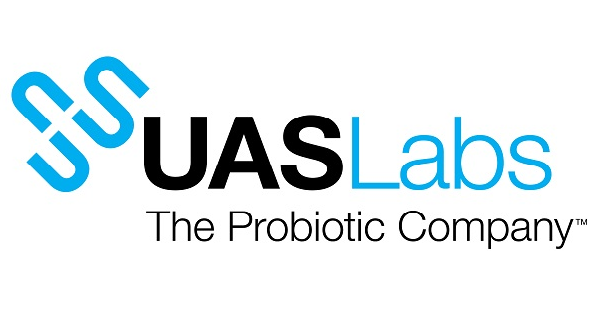 Everyone you see and interact with throughout your day was once a newborn. It’s miraculous that a tiny, vulnerable human can grow, withstanding so many potential harmful elements while developing unique identities and livelihoods.

Many other newborns, however, don’t survive after the first year of life, according to the World Health Organisation, which noted that in 2017, 75% of all under-five deaths (4.1 million) occurred within the infant’s first 12 months.

In developing countries, sepsis is responsible for 13% of all neonatal mortality and 42% of deaths in the first week of life1,2​. But the unimaginable isn’t limited to these regions. In fact, in the United States more than 75,000 children develop severe sepsis each year and that number is increasing by 8% yearly3​.

Dramatic efforts have been and continue to be made in providing basic nutrition and care to pregnant women and infants worldwide, resulting in healthier deliveries and babies. Besides vitamins, minerals and other critical nutrients, probiotic strains are playing a vital part in promoting more effective immune functioning in newborns and older infants.

Strains in the species Lactobacillus plantarum​ are uniquely characterised by having an exceptional ability to bind to the intestinal mucosae, which is the objective of taking probiotics to encourage proliferation of healthy flora populations, leading to stronger immunity and more optimal digestive function. L. plantarum​ strains are also known to manage inflammatory response.

L. plantarum​ PPLP-217 has been subject to thorough development including screening, testing and multiple phases of clinical research. The most recent study was profound, and garnered major media attention. The randomised, double-blind, placebo-controlled clinical trial of 4,556 rural Indian infants younger than two months of age compared outcomes with those given a synbiotic (L. plantarum​ strain and fructooligosaccharide) against those given a placebo for 60 days.

Dr Panigrahi explained his rationale for developing and using the synbiotic in the study:  “Since some of our previous studies in India had shown very poor colonisation of probiotic strains in neonates, we added the prebiotics to help promote the growth of the administered probiotics, and it worked”.

The results of the study showed a significant reduction in the primary outcome (consequences of poor immune function) in the synbiotic group, and significant reductions were also observed for culture-positive and culture-negative sepsis and lower respiratory tract infections. Dr Panigrahi commented, “Reduction in respiratory tract infections was definitely unexpected. But the overall health improvements were remarkable”.

The study results showed such dramatic efficacy that it was halted mid-trial because it was deemed unethical to deny the synbiotic to the babies in the placebo group.

This study validates that human clinical research testing viability and efficacy of specific strains, either singular or in combination, in chosen outcomes can further inform and direct research and development of products that will provide benefits.

“Scientists are just starting to realise that one-size fits-all will not work, and they have to identify specific species and strains for particular ailment in certain populations,” said Dr Panigrahi.

He related that it took years to find the right strain, having reviewed and researched numerous probiotics to investigate their abilities to colonise in neonate and infant gastrointestinal tracts. The team isolated and examined strains from healthy newborns and infants, which yielded the strain now called PPLP-217, from the Lactobacillus plantarum​ species.

“Many lab studies were done and published to come to this stage that allowed us to use the PPLP-217 strain with a strong rationale”, commented Dr Panigrahi. His team’s first publication revealed long-term colonisation ability of the strain. This was followed by a trial in 286 infants to validate safety and tolerance. This then springboarded the most recent trial published in Nature​.

Kevin Mehring, CEO, UAS Labs (Madison, Wisconsin, USA), emphasised that clinical research such as Dr Panigrahi’s trial continues to bring new understanding about the microbiome and potential health benefits of probiotics. “It is important to note that potential probiotic benefits are strain specific; meaning, not all L. plantarum​ strains are equal”, he stressed. “If a brand were seeking to add probiotics to their pediatric products, they may consider that the PPLP-217 strain of L. plantarum​ has been clinically studied on nearly 5,000 infants”.

Mehring added that while the primary measure of this research looked at three states of illness, there were secondary measures observed that offer a more broad-based wellness outcome. “Brand owners can include L. plantarum​ PPLP-217 in their product(s) to safely supplement good bacteria and support a child’s developing digestive system in addition to supporting healthy structure and function of the immune system and respiratory tract. While pediatric brands may be looking to provide digestive and immune support in their children’s products, PPLP-217 provides a greater demonstrated protection.”

The research team, he noted, has plans for new trials in different parts of the world where infant gut flora may be different and socio-cultural and environmental factors (related to the mother, infant feeding etc.) may impact the effects of any given strain. They are also working to investigate the strain’s role against allergy and atopy in neonates and infants as well as in pregnant women to determine how it may affect the health of their newborns.

UAS Labs has partnered with Dr Panigrahi in strain development and research. Key in this partnership is that UAS Labs will be the sole manufacturer of product used for clinical trials worldwide in the goal of establishing PPLP-217 as the go-to strain for infant health.

“The strain selection process at UAS Labs is extensive”, Mehring said. UAS looks for strains that are not only acid- and bile-resistant (ensures they arrive intact at the proper location within the digestive system) but also those that have specific biological impact as shown clearly through human trials. “What struck me was the potential impact the strain could have on the world”, he related.

This sentiment led to the ideation of coordinating a charitable endeavour. Working with Dr Panigrahi and additional investors, UAS is launching a new foundation focused on bringing L. plantarum​ PPLP-217 to neonates, infants and their families in need. When brands invest in this strain, stated Mehring, “they are also supporting a greater cause” through the Healthy Bellies, Healthy Babies Foundation with a percent of sales funneled directly to efforts of providing this strain to populations in resource-constrained settings.