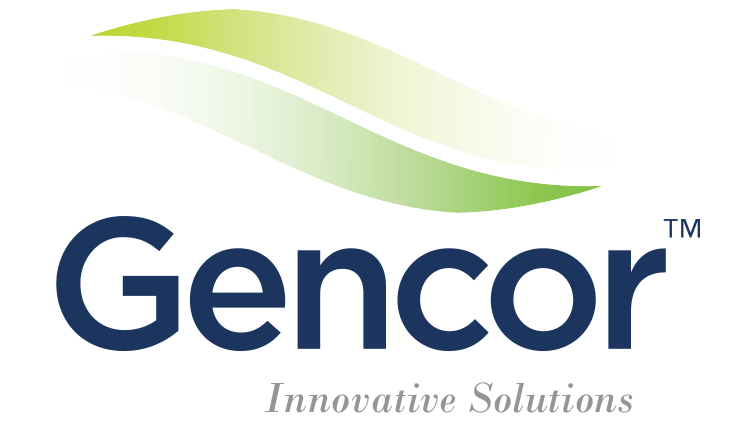 Sleep disorders are one of the most common health issues. Most people have difficulty sleeping at least some of the time, in large part due to the stress and anxiety of living in the modern world. COVID-19 significantly exacerbated those existing issues. The prevalence of sleep disorders has major implications, from the loss of productivity through to raised risk of metabolic disease. Yet, existing sleep products are flawed. In Levagen+, Gencor has a new, better dietary supplement solution.

The addressable market for Levagen+ is huge. Multiple surveys have found around half of people are dissatisfied with the quality of their sleep.1,2​ Over the coming years, those people are expected to contribute to the fast growth of the sleep aid sector, culminating in the market being valued at $163 billion by 2030.3​

Consumers need products that help them break the vicious cycle that drives poor sleep. Stress and anxiety stop people getting a good night’s sleep. In turn, the lack of sleep makes it harder for people to cope with daily life, causing more stress and anxiety. In other people, pain adds another element to the vicious cycle. Pain, a cause of poor sleep, is more intense following a bad night’s sleep.4,5​

The inability of large numbers of people to get high-quality sleep that leaves them feeling refreshed has far reaching consequences. Insomnia is estimated to cost the US $63 billion in lost productivity every year.6​ Sleep disorders also have long-term health consequences. Poor sleep is associated with a metabolic disorders including obesity and type 2 diabetes.7​ There is also strong evidence insomnia contributes to the occurrence of psychotic experiences and other mental health problems.8​

Why is a new sleep solution needed?​

An effective sleep aid needs to do multiple things. Cutting the time people spend lying awake tossing and turning after they go to bed is critical. However, sleep quality is also important. A product that puts someone to sleep quickly but leaves them feeling groggy in the morning only addresses part of the problem.

All the existing options have imitations. Valerian helps people get to sleep but it also affects their judgment and focus. Those downsides of the drowsiness caused by the herb may be acceptable at night but limit what people can do if taken during the day. People need to avoid driving and using machinery for a few hours after taking valerian.

Melatonin has another set of limitations. The molecule, which is produced by the pineal gland, takes care of the circadian rhythm that helps the body adjust to daytime and night-time. Resetting circadian rhythms can help with sleep but getting the dosing regimen right is challenging. People cannot just take one pill and fall asleep. The regulatory status of circadian melatonin is another issue. Regulators in the European Union treat the molecule as a drug, not a dietary supplement.

Regulatory status is also an issue for cannabidiol (CBD). Most regulators do not recognize CBD as a supplement. The position of the US FDA, which treats CBD as a drug, and its peers is influenced by the safety profile of the molecule. Across animal and human studies, researchers have linked CBD to adverse events such as developmental toxicity, embryo-fetal mortality, liver abnormalities, diarrhea, fatigue and vomiting.9​ Contamination with delta-9-tetrahydrocannabinol (THC) is common, too.10​

The search for a better sleep aid led researchers to palmitoylethanolamide (PEA), a simple fatty acid amide first identified in 1957. The anti-inflammatory and neuroprotective attributes of PEA are well established.11​ The human body releases PEA, which is found in all mammalian tissues, in response to injuries and other stresses to quickly stop the pain and keep inflammation under control. Babies are exposed to PEA in the uterus and through breast milk. Humans naturally metabolize the molecule.

As a safe, natural painkiller and anti-inflammatory molecule, PEA is an established sports supplement used for recovery and ingredient for the management of joint pain. Research into the elite sports applications also generated evidence that PEA, part of the extended endocannabinoid family, affects sleep.

Gencor, a leading provider of herbal ingredients, showed the potential of PEA in sleep through its work with Gloucester Rugby. Players on the English rugby union team took a PEA product, Levagen+, to help cope with and recover from the physical demands of their sport. Neither the players nor the nutritionist was told about the applications of PEA in sleep.

The club tracked sleep routinely and saw a shift after players began taking the PEA product. Over the first 12 weeks of Levagen+ use, the club saw a significant improvement in sleep quality as measured by the Pittsburgh Sleep Quality Index. Anecdotally, players reported improvements in the quality of their sleep. Some players experienced a near reversal of insomnia symptoms.

The findings are in line with broader understanding of the prominent role endocannabinoids play in sleep.12​ Multiple studies have identified changes in levels of endocannabinoids tied to sleep.13–16​

Gencor ran a double blind, randomised, placebo controlled clinical trial to validate the effect of Levagen+ on sleep. Investigators randomized 122 healthy adults to take 350mg of Levagen+ or placebo one hour before sleep onset. There were positive effects on reduction in time to the onset of sleep in the Levagen+ cohort. Subjects on Levagen+ also felt fully awake sooner in the mornings.  The full research paper is being sent for peer review and publication.

Gencor showed PEA is efficacious after working to overcome the limitations of the molecule. As a lipophilic substance, PEA is poorly absorbed, limiting the amount of the molecule that enters systemic circulation when given orally. Gencor worked with its partly owned subsidiary Pharmako Biotechnologies to improve bioavailability.

By creating a formulation that is 90% PEA and 10% Lipisperse delivery technology, Gencor improved bioavailability by 1.75 times. The improvement made dosing more efficient and opened options to use PEA in a variety of convenient formats such as powders, ready-to-drink mixes and stick packs. PEA can also be combined with complementary ingredients such as collagen and vitamin C to meet the needs of different groups of consumers.

The novel low-dose formulations retain the benefits of PEA. Unlike CBD, PEA is legally recognized as a dietary supplement in markets around the world and has a long history of safe use. Evidence of the safety of PEA comes both from toxicity studies and from more than 10 years of post market pharmacovigilance monitoring.

Gencor has enhanced the strengths of PEA through its commitment to a rigorous, scientific approach that reflects its roots in the pharmaceutical industry. In doing so, Gencor has created a product that is clinically studied, batch tested and accepted as a dietary supplement around the world, thereby enabling its partners to address the needs of the many millions of people who have trouble sleeping. Levagen+ has just been certified as an Informed Ingredient​.