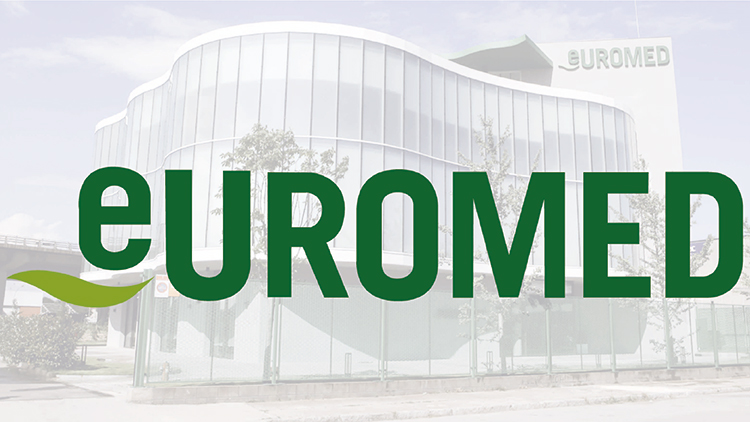 Skin ageing is the result of complex biochemical processes leading to reduction of collagen, elastic fibres and hyaluronic acid.

Oxidative stress and inflammation are closely related to pathophysiological processes involved with ageing, such as skin and connective tissue progressive deterioration.

Age and excessive exposure to UV radiation cause a significant degeneration of extracellular matrix (ECM), with increased skin fragility and a loss of skin elasticity. This loss of flexibility is due to a greater degradation of collagen by the action of different proteases, mainly metalloproteinases (MMPs). Among them, MMP-1 is the most relevant in skin collagen metabolism (1,2).

Damage to genetic material, activation of MMPs and lipid oxidation increase the probability of premature skin ageing. On the other hand, skin ageing is also characterised by an increase of its dryness as a consequence of the decrease in synthesis of hyaluronic acid, an ECM component with the capacity of binding and retaining water molecules (3).

Melanin also plays a key role in skin health, as it is an essential component of the skin’s pigmentation system, preventing cell damage caused by the exposure to UV light. Melanogenesis is mainly regulated by melanogenic enzymes, such as tyrosinase (4).

Despite the importance of melanin in the maintenance of an optimal skin health, during the melanogenesis process there is an accumulation of hydrogen peroxide and other reactive oxygen species (ROS), which can lead to detrimental effects on melanocytes, inhibit collagen synthesis and consequently, produce negative effects on skin health (4).

Botanical antioxidant compounds such as the polyphenols are increasingly investigated as potential treatments for cutaneous ageing and hyperpigmentation (5,6). Between others, pomegranate, olive and milk thistle seeds extracts have interesting properties for skin health. Antioxidant activities and efficacy at inhibiting pro-inflammatory, proteolytic and melanogenic enzymes have been reported in in vitro​ and in vivo​ studies.

Several studies have described that polyphenol-rich pomegranate fruit extracts have beneficial properties for skin health. For example, it was determined that a pomegranate extract decreased melanin production through the inhibition of tyrosinase activity in vitro​. In addition, this extract also increased skin moisture by stimulating hyaluronic acid synthesis in in vivo models (7-9). Other studies demonstrated that pomegranate extracts can attenuate ROS production and cell proliferation in human fibroblasts exposed to UV radiation, exerting a protective effect against damage induced by UV light (10, 11). Similar studies showed that specific extracts also stimulated pro-collagen type I synthesis and inhibited MMP-1 synthesis in dermal fibroblasts (12, 13).

Pomanox is a natural pomegranate fruit extract manufactured using eco-friendly technologies, based on a proprietary ultrapure water-based extraction process without organic solvents (EP 1967079). Pomanox’s multiple healthy ageing properties have been investigated in several published and proprietary in vitro​, preclinical and clinical studies (e.g. 14-16). The most recent research project in collaboration with the Technology Centre of Catalonia (EURECAT) was an in vitro​ assessment suggesting cosmeceutical properties by inhibiting tyrosinase activity and promoting collagen and hyaluronic acid biogenesis (17).

By using in vitro​ models, the effects of Pomanox skin health were evaluated by EURECAT through three assays measuring:

Similar results were obtained in a study (18) evaluating the skin whitening effects of a pomegranate extract rich in ellagic acid (90%). In this study, the authors reported an IC50 of 182.2 μg/mL of this product, which was similar to the IC50 obtained in the EURECAT study. Pomegranate phenolic compounds such as ellagic acid and punicalagin are described to be able to inhibit the synthesis of melanin (19, 20), suggesting that these polyphenols could be the tyrosinase activity inhibitory compounds in Pomanox.

Pomanox treatment stimulated a clear dose-response effect on the percentage of pro-collagen type I (figure 2) and total collagen levels in the cell fraction at concentrations of 20, 40 and 80 µg/mL, respectively. Pro-collagen I is a precursor for the synthesis of collagen, and its increase can result in more collagen being available in the extracellular matrix, as it was observed in this assay. In addition, all three doses of this product significantly increased hyaluronic acid levels in the cell fraction. Hyaluronic acid is a glycosaminoglycan (GAG) that is ubiquitously present in the extracellular matrix of all vertebrates and important for maintenance of skin hydration.

In order to evaluate the preventive and regenerative effects of Pomanox on several parameters associated with skin photoaging caused by UV radiation, two different assays were performed in the cell line Hs68. The results obtained in the preventive assay, in which cells were treated with Pomanox 24 hours before UV radiation, suggest that Pomanox can positively modulate both collagen and hyaluronic acid metabolisms and can exert a significant protective effect on UV-induced oxidative damage. On the other hand, the regenerative assay, in which cells were treated with this product 24 hours after UV radiation, suggest that Pomanox can revert the UV-induced oxidative damage and regenerate hyaluronic acid metabolism (figure 3), although it does not exhibit regenerative effects on collagen metabolism in photoageing conditions.

The healthy properties of olives and olive oil have been known for centuries. Strong antioxidants in the fruits and the leaves have shown interesting anti-ageing effects in skin. More specifically, in vitro​ studies have described an anti-ageing and photoprotective effect of hydroxytyrosol, the main phenolic compound present in the aqueous fraction of ground olives and virgin olive oil (21, 22).

The olive fruit extract Mediteanox, standardized in up to 40% hydroxytyrosol content by a patented Euromed technology, has documented antioxidant properties (23).

Milk thistle (Silybum marianum​) is well known for antioxidant and hepatoprotective activities. Silymarin is a flavanolignan extracted from the fruits of milk thistle and its main component (up to 80%) is silibinin, a substance with anti-inflammatory, antioxidant and immune modulating properties. Studies conducted in animal models with silymarin/silibinin suggest that this phytochemical possesses potent anti-photocarcinogenic ability in UVB-irradiated skin (25).

Euromed´s standardised milk thistle extract has been investigated for liver protection over the past few decades in dozens of studies (26), and recently also for anticancer properties (27, 28) and as a potential therapy in SARS-CoV-2 (29). In the same study by Di Caprio mentioned previously (24), this extract was more effective than the olive extract in limiting the direct DNA damage by solar simulator irradiations (SSR).