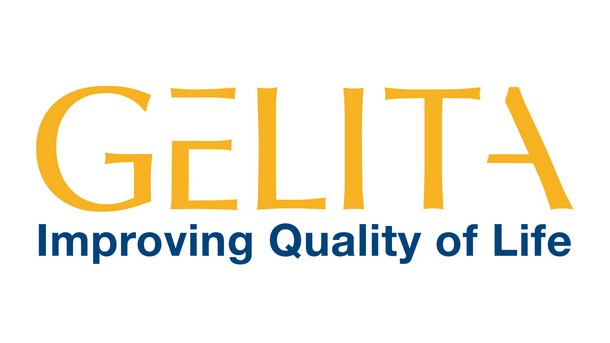 Gelatin capsules are among the most popular dosage forms for dietary supplements - and with good reason. Thanks to their smooth surface, they are easy to swallow and thus facilitate regular intake of certain active ingredients and nutrients. Also, gelatin is non-allergenic and consists of proteins that are easily digested in the gastrointestinal tract. However, when either an immediate or an enteric release is desired – which both can be critical for some substances – or capsules are exposed to difficult storage conditions, there is a limit as to what conventional pharmaceutical gelatin can achieve. That's why GELITA has developed specific variants that give capsule manufacturers full control over the release of active ingredients.

The right capsule for each fill​

Although many different kinds of substances can be encapsulated, not every capsule type is suitable for every kind of fill. For example, for liquids or pastry substances, soft gels are usually the first choice, while granules or powders are mostly delivered in hard capsules. Compared to solid fillings, liquids have the advantage of being easier to digest. This can even improve the bioavailability of ingredients.

Soft capsules are particularly well suited to sensitive ingredients because they provide protection from oxygen, light, contamination and microbial growth. Unlike other types of capsules, they are hermetically sealed, masking any unpleasant taste or odour associated with their contents – at least until they reach the stomach. Because it is here that conventional gelatin capsules dissolve in the aggressive gastric acid.

Controlling the release of a capsule’s contents is important for two reasons: Firstly, it makes it possible to define precisely where in the body the active ingredient or nutrient will be released. Secondly, the speed of the release can be determined. Take fish oil capsules, for example. The oil shouldn’t be released in the stomach as it will float to the top and cause fishy burps, and an unpleasant aftertaste. That’s why many manufacturers have tried to make their capsules enteric (resistant to aggressive stomach acid) in order to ensure a delayed release in the intestine. Most of these rely on a capsule coating that is added during an extra production step. This, however, results in extra time and cost. The coating can also lead to an opaque shell around the capsule that makes it less visually appealing.

To solve these problems, GELITA has developed GELITA®​ EC. Implementing GELITA®​ EC in your production process enables the manufacturing of enteric capsules that dissolve in the small intestine rather than the stomach. In this way visually appealing enteric capsules can be produced in a one-step process without the typical chemical coatings while remaining compliant with all relevant Pharmacopeia dissolution parameters. GELITA supports softgel producers with any slight equipment or process modifications necessary to achieve perfect results in one-step.

Reliable release even under harsh conditions​

Certain reactive fills or extreme storage conditions – such as high temperatures and high humidity – can cause gelatin to react and crosslink. As a result, soft capsules can become less soluble over time. It can then take longer for them to dissolve, which may result in a delayed release of the fill.

With GELITA®​ RXL, GELITA has developed a natural solution consisting of 100% gelatin. This special gelatin significantly reduces cross-linking and thus improves the dissolution properties of soft capsules. Various attempts by the pharmaceutical industry to reduce cross-linking with the use of certain additives have been only partially successful. That’s why GELITA has taken a different approach, and developed a new manufacturing process that controls molecular weight distribution. The GELITA solution can be described as a kind of "self-defence mechanism" based on a combination of large and small molecules. These molecules react with each other to prevent gelatin cross-linking and/or undesirable reactions with the capsule contents.

To accelerate the dissolution of the capsule and speed up fill release, GELITA has further developed the RXL concept and launched GELITA®​ RXL R², a capsule gelatin with “revolutionary fill release” performance, allowing an up to three times faster fill release compared to conventional soft caps. This especially becomes relevant when it is crucial the active is supposed to work as fast as possible e.g. analgesics or cough remedies.

In cooperation with the University of Heidelberg, GELITA tested such capsules and found the revolutionary release performance of GELITA®​ RXL R2​ capsules is maintained even in extreme conditions. Whether fresh from the factory or after a year of storage in harsh conditions, manufacturers can be confident that their active ingredients or nutrients will be released exactly as desired."

With its broad portfolio of pharmaceutical gelatins, GELITA offers solutions that comply with all existing regulations while meeting virtually every conceivable customer-specific requirement. In the search for the appropriate gelatin for different applications such as capsules, fortified gummies or tablets, GELITA's experts are happy to support customers with in-depth knowledge, technical service and implementation support. This not only speeds up product development, but also reduces the risk that a capsule formulation, once developed, will not meet dissolution or storage requirements, or consumer expectations.

Team up with GELITA and realize your competitive edge on the market.