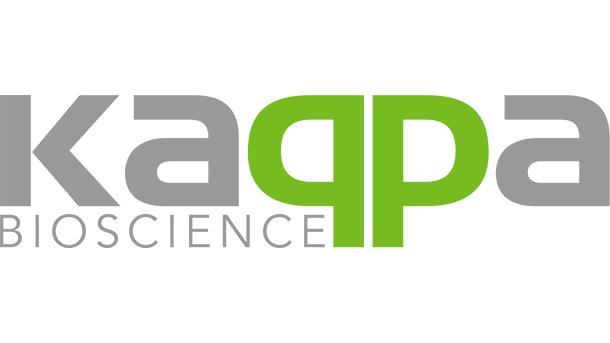 Demand for vitamin K2 has increased rapidly over the past decade as awareness of its role in bone and cardiovascular health has spread. However, studies run by Kappa Bioscience show many K2 products contain lower-than-claimed levels of the vitamin, a finding that threatens to undermine the market and its products’ ability to provide health benefits and slow the natural effects of aging.

Interest in K2 stems from its role in regulating calcium. K2 activates osteocalcin proteins which incorporate calcium into bone. Bone mass acquired through childhood and adolescence leads to healthy bones later in life, which are needed to sustain physical stress and avoid diseases including osteoporosis and osteopenia. Bone mass declines throughout adult life, with peak bone mass (PBM) achieved in childhood at the age of 13 to 19 years [1]. A 10% increase in PBM is estimated to reduce the risk of osteoporotic fracture as we age by 50% [2].

Vitamin K2 also activates matrix GLA (MGP) protein which binds excess calcium to prevent deposit in soft tissues such as arteries, a significant risk factor in cardiovascular disease [3] and a common condition as we age. Vitamin K2 is deficient in the western diet [4], and, as such, supplementation is critical to good health. The MK-7 form of K2 is optimal for dietary supplementation because it has a half-life of two to three days, compared to the one to two hours of MK-4 [5, 6].

A fundamental property of K2 is also the root of the market’s problems, though.

Is K2 stability really a problem?​

In 1948, the Federal Security Agency identified the degradation of the fat-soluble vitamin D in certain formulations and environments [7]. The agency found products combining D and calcium were “almost invariably ... low in vitamin D within a month or two of the time of manufacture.” Producers of vitamin D products have since acted to extend shelf life.

These decades-old findings suggest other fat-soluble vitamins, such as K2, may also degrade when formulated with calcium or magnesium. However, the potential for K2 to degrade was little discussed or investigated in the early years of the growth of the market.

If K2 degrades in the presence of calcium and magnesium, it would prove problematic because the minerals are central to many bone and heart health product formulations, as well as products aimed at the multivitamin, women's health and healthy-aging markets. Such degradation would limit the use of K2 in these categories to K2-alone or K2 plus non-mineral formulations.

Until recently, the idea that K2 degrades in certain formulations was backed up by little more than speculation. That began to change in 2013, the year after Kappa Bioscience launched the first K2 MK-7 produced by an organic synthesis. Prior to that, all K2 MK-7 was made using the traditional natural-fermented production process.

To compare the performance of synthesized versus fermented K2, Kappa tested 101 finished products for label claim. Fully 81% did not meet label claim, including products that used Kappa’s K2.

Kappa set out to discover what was causing this previously-undiscovered K2 stability issue. Investigations eventually centered upon a fundamental characteristic of vitamin K2. As a fat-soluble vitamin, and similar to all fat-soluble vitamins such as A, D and E, unprotected vitamin K2 degrades in certain environments and formulations.

In response to this discovery, Kappa invested in the development of a microencapsulated MK-7 format to solve the K2-plus-minerals problem. That ingredient is now backed by 12 and 24-month stability testing data against unprotected natural-fermented K2. This allowed Kappa to move into market categories where calcium or magnesium are used.

To continue its long-term scientific effort to identify, resolve and evaluate the K2 stability issue, Kappa decided to revisit its earlier market study. In 2016 Kappa tested nearly 100 finished products for K2 label claim. Products were acquired from retailer shelves in Europe and elsewhere.

State of the market 2016: The science of stability​

The design of the 2016 market study was based on earlier long-term K2 stability studies. These prior studies showed that unprotected or natural-fermented K2 was unstable in formulation with calcium at 25ºC and 40ºC. At those temperatures 60% and 29% of K2 remained after 12 months, respectively. The results for K2 combined with magnesium were significantly worse. After 12 months only 1% of the unprotected K2 remained in formulations containing magnesium.

In comparison, 96% of the protected, microencapsulated K2 with calcium was detected after 12 months at 25ºC, and 86% was detected after storage at 40ºC. The results when formulated with magnesium were similar, at 92% and 80%, respectively.

The 2016 market results were less than encouraging. A total of 96 finished products were tested, primarily purchased from retailers in the EU, but also the US, India and South Africa. A range of dosage formats were included. Products were tested for K2 MK-7 content compared against stated label claim by a leading analytical lab using a validated HPLC method. After removing duplicate tests of single products, and removing seven products that fell outside the study reporting criteria (for reasons other than label claim results), the final study reported on 79 products.

Recent K2 market developments, including the entry of a wider range of global ingredient manufacturers using natural-fermented production processes, prompted Kappa to expand the scope of the 2016 study.

To investigate general K2 quality, stability and performance, Kappa expanded the study to include a sample of K2-alone and K2 in non-mineral formulation products. All used unprotected, natural-fermented K2 MK-7 in formulations where stability should not be an issue. A total of 30 products were tested for label claim.

About a quarter of these products performed very well, with four meeting label claim, and another four demonstrating 95% to 99% of K2 label claim. These results would be expected for K2 MK-7 products that do not contain minerals.

However, half of the K2 non-mineral products performed very poorly. Fully one-third of the sample had zero measurable K2 content. The remaining ‘poor performers’ registered K2 in the 26% to 75% of label claim range. Another seven products missed K2 label claim by 10% to 20%.

A second look at unexplained results​

The results for the unprotected K2-alone or K2 plus non-mineral products were unexpected and no ready explanation was apparent. A closer look, however, provided a clue. These 30 products were sorted and analyzed according to the country where the K2 MK-7 ingredient was manufactured, not where the finished product was made. Of the 30 products, 25 shared a common K2 origin from a specific region of the world.

While half of this geographical subset performed in the range of 80% to 100% of label claim, only 24% met or were close to label claim in formulations that should not pose stability challenges to K2 MK-7.

Vitamin K2 MK-7 is a fat-soluble vitamin. Like all fat-soluble vitamins, it can degrade in certain environments and formulations. K2 is particularly susceptible to degradation in formulation with calcium or magnesium. Unprotected vitamin K2 combined with calcium or magnesium will degrade, with significant risk that products will not meet the stated label claim — and likely by a wide margin. Kappa’s 2016 market study supports this conclusion, or at minimum raises a call for more study and industry attention to this issue.

Calcium is a central ingredient in bone health formulations, and magnesium is a frequent co-ingredient in heart health formulations. Without a solution to the unprotected K2-plus-minerals stability problem, the use of vitamin K2 MK-7 is restricted in these and other market categories that often use minerals, including the multivitamin, women’s health and health-aging categories.

The key that opens the door to these markets is a protected vitamin K2 MK-7, which ensures product stability through microencapsulation or an innovative dosage format.  Alternatively, the key may lie in the science of unprotected K2-plus-minerals degradation such that the rate of MK-7 decay can be offset by overage in manufacturing.

Regardless of the solution, consumers and brands alike should have confidence that their product is delivering on the promise of this essential vitamin.