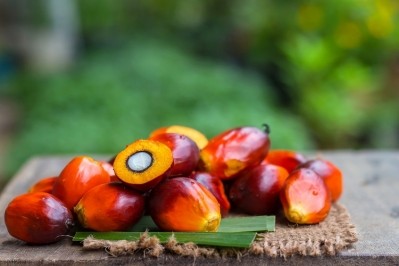 New research has identified a link between the spread of mouth and skin cancer in mice and the consumption of palmitic acid.

Tocotrienols, members of the vitamin E family, may exert their anti-cancer benefits by accumulating in cancer cells and delaying tumour growth, says a new study from Japan.

Vitamin C may reduce the effectiveness of chemotherapy by protecting the cancer cells, suggests new research that adds to the ongoing debate on the use of supplements by cancer patients.

Apple peel may be more nutritious than apple flesh for people
trying to keep cancer at bay, according to researchers at the
Cornell Institute, New York, US.

Consumption of broccoli and soy has been linked to lower risk of
certain cancers, and researchers have now proposed a mechanism to
explain how such foods may offer protection.

Compounds found in broccoli and other green vegetables could
inhibit the growth of breast cancer cells, according to an in
vitro study.

Water-soluble compounds from garlic reduced the size of liver
cancer cells by a factor of three, research that adds to other
anti-cancer studies with garlic, says a new laboratory study from
Italy.

A pharmaceutical company has suggested that the addition of a
phosphorylated variant of gamma-tocopherol to lycopene-rich foods
like tomato sauce might boost the carotenoid's anti-cancer
activity.

A compound found in everyday foods like beans, nuts and cereals can
slow the development of cancerous tumours, UK researchers report
today.

A natural compound found in cocoa deactivates a number of proteins
that are probably behind the continual division of cancer cells,
report researchers.

UK and Spanish scientists have explained why the active compound in
green tea, EGCG, can stop cancer cells growing even in people that
only drinks two cups of the beverage a day.

The Asian plant galangal, often used to flavour Thai curries,
appears to both kill cancer cells and boost the cancer-fighting
capacity of healthy cells, say researchers in the UK.

Gamma-tocopherol, a form of vitamin E found in many plant seeds but
not widely available in nutritional supplements, might halt the
growth of prostate and lung cancer cells, say US researchers.

Scientists in the US have isolated the compound primarily
responsible for the associated health benefits of red wine and have
discovered its function in the prevention of cancer.

Chemicals produced by some vegetables when they are chopped, chewed
or otherwise processed could kill colon cancer cells - new evidence
that diet could play an important role in fighting - and indeed
preventing - the disease.