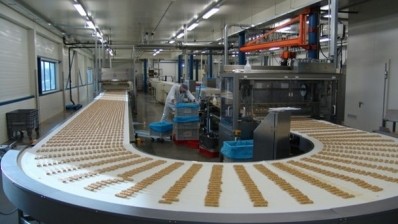 US firm Hearthside Food Solutions will buy Dutch healthy bar producer VSI for a reported €108.5m, along with a new US factory for production of VSI’s products. 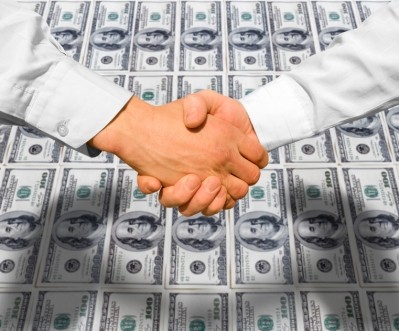 Where next for ingredients since Cognis and National Starch?

‘Billion dollar deal’ was not a phrase bandied about the food ingredients industry much last year. With BASF buying Cognis for €3.1bn and Corn Products International paying $1.3bn for National Starch, M&A looks to be thawing – but best not get over-excited...

Speculation about typical asset valuing ion the chemicals industry by Cognis’s chief financial officer, Marco Panichi, has led to a figure of €3.4bn being attached to the German ingredient company, as buy-out speculation mounts.

German chemicals and nutrients giant Cognis has turned in its best ever Q1 operating profit as sales across its three core divisions exceeded 2008 pre-financial crisis volumes in 2008 for the first time - fueling ongoing buy-out speculation.

BASF continues to be the subject of rumours that its supervisory board has approved a takeover bid for fellow German supplier, Cognis, which is owned by Permira PERM.UL and Goldman Sachs Capital Partners.

German chemical giant BASF is allegedly lining up a bid for Cognis, according to reports.

Cognis claims to have steered a steady course through last year’s economic upheaval. But despite a return to profitability, the downturn took its toll on nutrition and health and care ingredients sales.

Cognis for sale despite IPO plan

Private equity-owned Cognis is still being offered for sale by Permira and Goldman Sachs, according to reports, even though plans are already underway for an IPO.

Cognis has told NutraIngredients.com the German ingredients giant will not be sold in the near-future despite suggestive statements emanating from the German press.

Nestlé is tipped as a potential buyer of Novartis' nutritional
supplements unit, rumoured to be up for sale, as the Swiss food
group is aiming to strengthen its position in the health and
nutrition sector.

Cognis has refused to confirm reports in the German press that it
is in advanced discussions with three potential purchasers, but the
outcome of a strategic review will be made public before the end of
the year.

Cognis is taking heart that its strategic focus towards wellness
and sustainability is spot on, as these business areas report above
average growth in the first quarter for 2006.

Galaxy Nutritional Foods' board of directors has given the go-ahead
to Goldman Sachs to investigate the potential sale of the company
and to contact prospective buyers.

Dutch clinical and infant nutrition group Numico has reported Q1
results in line with expectations, according to one analyst.

Prices for ingredients such as soy and wheat are still vulnerable
to increases as global harvests could be impacted by weather risks
and generally low stocks.

As the food industry answers consumer health concerns expanding the
use of soybean-derived ingredients in food formulations, volatility
in price for the crop is set to continue with few signs that
supplies will improve this year.

Burns Philp on brink of US spice sale?

Australian food ingredients firm Burns Philp could be close to
announcing the sale of its North American spice business, Tones
Brothers, for up to $500 million, say Australian media reports.

A report in a US newspaper has fuelled rumours that Dutch food
group Numico is about to auction its US retail chain GNC. While
Numico has not confirmed the news, media reports suggest that the
firm may receive some informal bids this...

Henkel KgaA has agreed to sell its chemical division Cognis to a
consortium of financial investors comprising of Schroder Ventures
and Goldman Sachs Capital Partners.