The Journal of Physiology​ published the response in October written by researcher James Smoliga, PhD, from High Point University in North Carolina and Otis Blanchard, the president and chief technology officer of Texan player, Wilmore Labs.

“[The researchers] misrepresented a difference in significance as significant difference, and failed to calculate a false discovery rate. In the end it was statistical noise,”​ Blanchard told us.

The initial study​ – led by Lassa Gliemann from the University of Copenhagen – found that cardiovascular and cholesterol-benefitting effects of exercise may be mitigated in older men taking 250 mg of resveratrol per day.

Smoliga and Blanchard however noted, “some major statistical issues, where in the end resveratrol showed no effect at this dosage for this duration.”​

Aside from its cardiovascular links, resveratrol has been shown to have other benefits including for the skin and immune system.

In their letter, Smoliga and Blanchard wrote, "Given many unknowns regarding the dosage for resveratrol to influence specific outcome measures in humans (especially in individuals without overt cardiometabolic dysfunction), it is important to avoid generalized conclusions referring to resveratrol as a whole, but rather report conclusions specific to the dosage used..."​

They added: "It must be emphasized that Gliemann et al. have indeed performed a sophisticated study, which provides a valuable addition to the literature. However, critical appraisal suggests the analyses and conclusions presented are incorrect for the results presented and will cause confusion."​

Responding to Smoliga and Blanchard in another letter in the journal, Gliemann and the other researchers defended their work: "It is true that resveratrol supplementation did not abolish all of the training induced positive effects on cardiovascular parameters but we found it remarkable how many of the adaptations were absent or blunted in the resveratrol group."​

"The authors of the Letter to the Editor propose that we have over-interpreted the statistics. We have re-run the statistics with the more conservative Holm-Sidak post hoc test and found that it does not change the outcome."​

Smoliga and Blanchard also called on the journal to do more to clarify the situation.

“Writing the letter to the editor has been an odd experience for us. Usually a journal moderates a discussion in the scientific literature on statistical questions, papers go through a cycle of correction, and the matter can be settled,”​ Blanchard said.

“In this case the Journal has let it devolve into something much less, and it begs the question as to why they've allowed it to go uncorrected. It has left the professionals in my circle befuddled.”​

See our reporting of the original research here​. 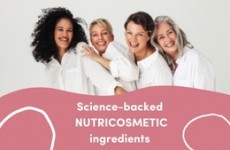 As consumers increasingly seek solutions cater to their specific beauty needs, there has never been a greater demand for nutricosmetics product with a...

Berberine is associated with multiple benefits. However, its use and effectiveness has been limited by Its poor bioavailability resulting from low intestinal...

Innovating in Active Nutrition: The Next Generation of Wellness

Health has become a top priority recently for consumers, and increasingly, physical activity. For everyday wellness enthusiasts, weightlifting and hardcore...