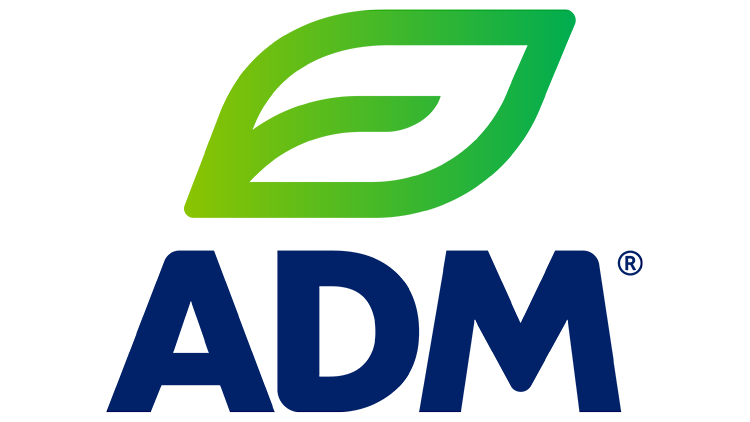 Skin health conditions have major detrimental effects on the lives of hundreds of millions of people. Multiple studies have associated skin health conditions such as atopic dermatitis and psoriasis with poorer quality of life, work absenteeism and other negative outcomes. Yet, despite those facts, there remains an unmet need for scientifically validated products designed for people with skin conditions. ADM Biopolis wants to address that unmet need.

ADM Biopolis’ interest in skin health is underpinned by evidence of the scale of the need and, by extension, the opportunity. Psoriasis is estimated to affect 125m people worldwide, including more than 8m people in the US.1​​ Atopic dermatitis, a form of eczema, is even more prevalent. Research suggests the condition affects 18m adults and almost 10m children in the US alone.2,3​​

The diseases impose significant burdens on patients. Close to half of people living with atopic dermatitis say they are “often” or “always” frustrated by the disease.4​​ Almost as many people are frequently angry or embarrassed about how the condition affects their appearance.

Atopic dermatitis and psoriasis also impose burdens on society. The US healthcare costs of all types of skin disease total $75bn.5​​ Society also suffers financially as a result of the effect of the conditions on productivity. When the effect on patients and caregivers are factored in, the annual effect of lost productivity associated with atopic dermatitis in the US is $130m. Europe faces similar pressures.

A novel approach to probiotic R&D​

Recognizing the unmet needs of people with skin conditions, ADM Biopolis has developed probiotic consortia tailored to atopic dermatitis and psoriasis. Both development programs followed the same novel philosophy and R&D strategy that underpinned the creation of ADM Biopolis’ other products, such as weight management strain Bifidobacterium lactis ​BPL1.

ADM Biopolis’ approach, which has turned it into a microbial biotechnology leader, starts with the identification of a specific health target. Then, ADM Biopolis screens for individual probiotic strains, or a combination of strains, that fit its targeted profile.

Such rigorous, systemic searches for condition-specific strains are prohibitively expensive for most companies, which lack the specialist technologies needed to make the approach viable. ADM Biopolis has such specialist technologies. By applying its screening platform to health targets, ADM Biopolis can cost-effectively identify the most promising strains in a particular indication.

Any additional upfront costs that are incurred are more than offset by savings later in development, primarily because starting with scientific evidence of the activity of a strain against a health target cuts the risk of setbacks down the line. ADM Biopolis’ screening results translate well into outcomes in humans, enabling it to move quickly and confidently toward clinical trials of its strains.

In the case of atopic dermatitis, ADM Biopolis’ novel philosophy and strategy led it to focus on recent research into the link between the condition and disruption in intestinal barrier function. The idea, which has been described many times in the academic literature, is that immunological activation leads to inflammation dominated by Th2-type cytokines and to atopic dermatitis.

Other researchers have observed that the gut microbiomes of people with atopic dermatitis are less diverse than those of healthy individuals, or are dominated by Clostridium difficile​ or Escherichia coli​. As bacterial DNA is found in the stools of some atopic dermatitis patients, researchers have posited a link between the condition, disruption of the intestinal barrier and bacterial translocation.

In light of this body of research, ADM Biopolis screened for strains that either had anti-inflammatory properties, antioxidant capacity or the potential to reverse dysbiosis in the gut microbiome. That search led ADM Biopolis to three strains: Bifidobacterium longum​ CECT 7347, Bifidobacterium animalis​ CECT8145 and Lactobacillus casei​ CECT 9104.

After 12 weeks, people in the probiotic arm of the trial had, on average, experienced a 77% reduction in their scores on the SCORAD index, a clinical tool for assessing atopic dermatitis severity. The study linked placebo to a 23% reduction.

The superior outcomes seen in the probiotic arm, which were evident at all time points of the trial, were underpinned by positive changes on many of the components of the SCORAD index, including the spread and intensity of eczema.

ADM Biopolis’ probiotic consortia also outperformed placebo against other endpoints. All subjects entered the trial with moderate-to-severe atopic dermatitis, as measured on the investigator global assessment scale. After 12 weeks, the symptoms of more than 60% of subjects in the probiotic arm had cleared. No patients in the placebo group achieved that level of improvement. Finally, the trial linked the probiotics to reduced use of topical corticosteroids.

The replicable, science-driven approach to probiotic development that led to the atopic dermatitis consortia and weight loss strain has also given rise to a product tailored to people with psoriasis. To develop the psoriasis probiotic, ADM Biopolis identified the core psoriatic microbiome by carrying out 16s rRNA massive sequencing on 52 people with the condition.7​​ That led to the identification of clear differences between the gut microbial composition of psoriasis patients and healthy people.

ADM Biopolis used that information as the starting point in a search for strains with the potential to correct the microbiome dysbiosis seen in people with psoriasis. The result is a combination of three strains: Bifidobacterium longum​ ES1, Bifidobacterium lactis​ BPL1 and Lactobacillus rhamnosus​ BPL15.

By the end of the trial, two-thirds of people in the probiotic cohort had achieved PASI 75, meaning they had experienced at least a 75% reduction in symptoms as tracked by the widely used Psoriasis Area and Severity Index. Less than half of patients in the placebo arm achieved PASI 75, resulting in a statistically significant difference between the probiotic and control groups. The divergence between the proportion of patients achieving PASI 75 became significant after six weeks of treatment.

The development of products tailored to people with atopic dermatitis and psoriasis further validate ADM Biopolis’ novel approach to probiotic R&D. Starting with a health target identified through its research and the academic literature, ADM Biopolis’ screening methods have consistently uncovered and validated condition-specific strains.

That track record of success has created new opportunities for brand owners to address the needs of consumers. In the case of the skin health product portfolio, those opportunities encompass hundreds of millions of people who want new, scientifically validated ways to help manage their conditions.

6.      Navarro-López, V. et al.​ Effect of Oral Administration of a Mixture of Probiotic Strains on SCORAD Index and Use of Topical Steroids in Young Patients With Moderate Atopic Dermatitis: A Randomized Clinical Trial. JAMA Dermatol.​ 154​, 37–43 (2018)