The new study used a simulated gut model and further tests in a model colon to assess the survival of the probiotic strain Lactobacillus casei​ 01 and its subsequent influence on on the make-up of the microbiota.

Led by Tanachai Pankasemsuk from Chiang Mai University in Thailand, the team noted that previous studies investigating the potential of alginate and hi-maize combinations found that total short-chain fatty acids produced by the gut microbiome increased by nearly 17% while levels of lactobacilli and bifidobacteria in the colon increased by 2 and 1 log colony forming units (CFU) per mL, respectively.

“To confirm the previous work, an alginate and a high-maize starch were used to entrap ​L. casei 01, subsequently, the influence of this composite material on the cell survivability in a gut model including its metabolites were investigated,”​ wrote the team.

Pankasemsuk and colleagues reported that the alginate beads incorporating 1% hi-maize starch enabled optimal levels of viable cells in both gastric and bile fluids.

“In general, greater survival of entrapped ​L. casei 01 than the free cells upon incubation in the simulated gastric and bile fluids was achieved,”​ revealed the team.

“In the colon experiment, coated ​L. casei 01 had great influence on the augmentation of colon lactobacilli, whereas SCFA such as acetate, propionate and butyrate were the major synthesized products of colon microbiome,” ​they added.

“The efficacy of this encapsulation was then carefully assessed by SEM microstructure as well as cell survivability in gastric, bile and colon fluids (simulated gut model),”​ the team explained.

“In the colon experiment, coated ​L. casei 01 had great influence on the augmentation of indigenous lactobacilli during 24 h fermentation, while the synthesized products of colon microbiome such as acetate, propionate and butyrate were progressively increased up to 48 h fermentation,”​ they reported.

However, they noted that these effects subsided with prolonged fermentation due to the accumulation of dead cells and harmful substances to the cells. 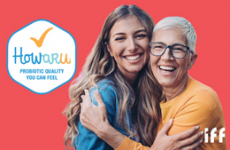